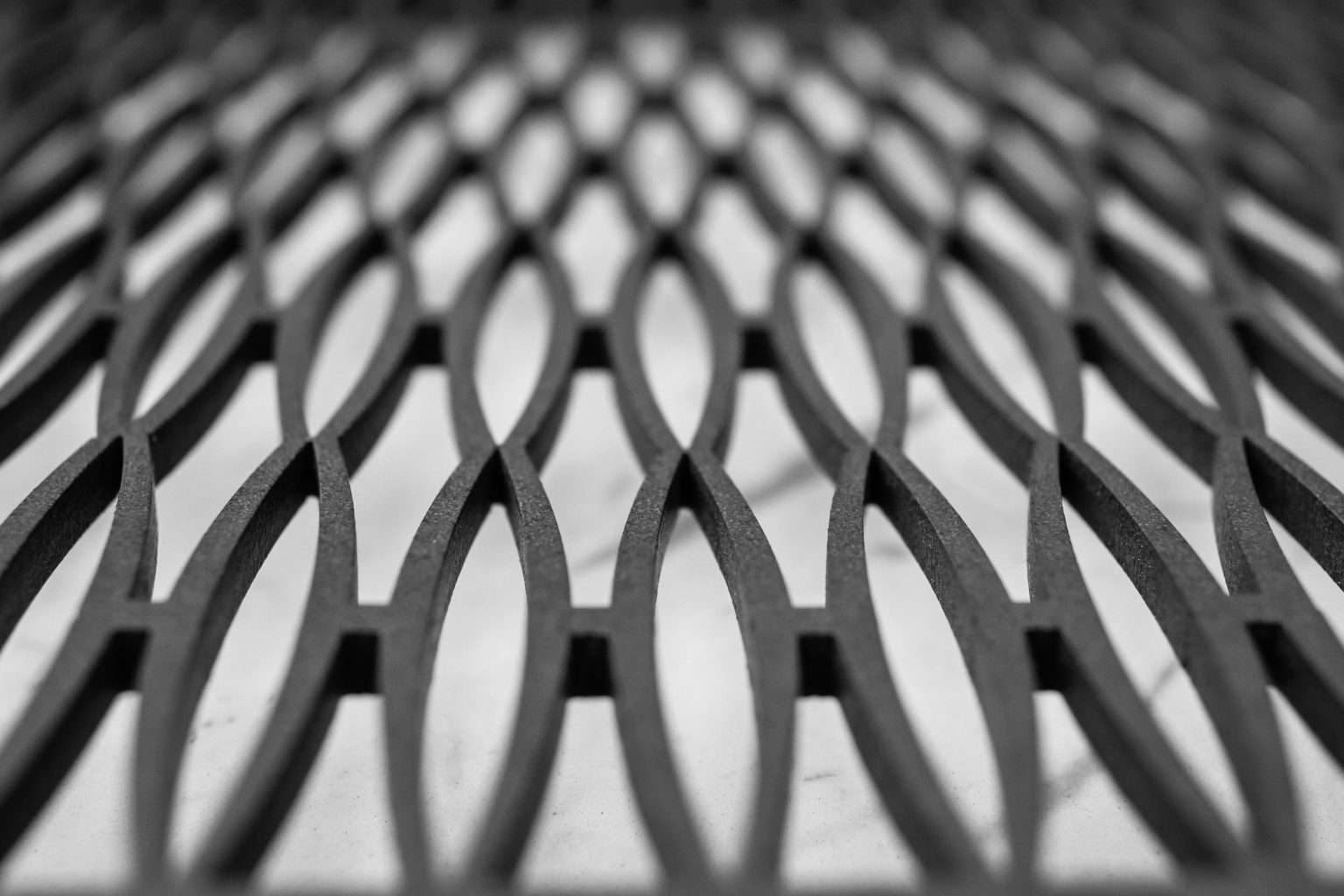 This week, we had a designer tell us her contractor requested a specific CFM (cubic feet per minute) for a vent underneath a fireplace.  She wanted to know which of our patterns would meet their requirement or at least come closest.  Her question reminded me of an important technical issue which I had researched extensively shortly after I started Modern Metal.

Cubic Feet Per Minute (CFM) is a measurement of airflow volume, determined by how many cubic feet of air pass by a stationary point in one minute.  Shortly after I started Modern Metal, and began introducing patterns, I wanted to know the standard, in other words how much air flow did my patterns need to have to meet CFM requirements, particularly in commercial buildings.   What I was told by architects and engineers at large firms such as Gensler, was that it really varied, and was dependent upon the particular requirements of each job and each setting.  In other words, there was no standard requirement that would apply to all. I asked them what would be the most useful information for me to provide on tear sheets for the builders and HVAC companies in order to help them get the CFM information they needed from me.

Thus, we developed our Panel Data Sheet, which lists all of the percentage openings for each of my patterns. This does not measure CFM but does help by providing some idea of the open space through which the air can flow.  Also important to note, is that increasing the scale of a pattern does not change the percentage opening. That percentage is a proportion that remains the same regardless of pattern scale.

Why is CFM important?  According to Lennox, “Having an accurate estimate of your home’s CFM is key to choosing an HVAC system with the right capacity for your space and needs. Too much or too little airflow can negatively impact your system performance and even cause damage to its components”.

As we did with this designer, we recommend having an open dialogue with your contractor or HVAC specialist to determine which of our patterns will best suit your needs.  For this project, although the percentage opening of our Streamlined pattern was a tad closer to the CFM number we needed to meet, the designer preferred the aesthetics of our Square Squared pattern for this space.  The moral of this tale is that technical details do matter, but sometimes aesthetics trump all!